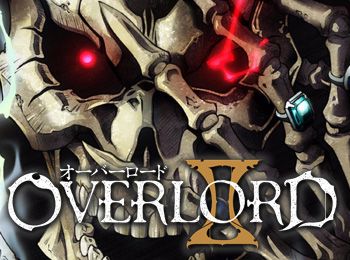 Fan have been clamoring for Madhouse’s Overlord season 2 ever since the first season ended three years ago. As of January 9th, they are getting their wish.

The season season of Overlord, which follows the adventures of our favorite lich, premieres today along with a new opening and ending theme from OxT and MYTH&ROID, titled “Go Cry Go” and “Hydra,” respectively.

Madhouse is producing the anime with Naoyuki Itou returning as the director. The previously released trailer for the series teased more of a focus on often not seen characters in the original series as its 13 episode run could not spread its time across the entirety of the vast cast.

If you are new to Overlord, the series was first created by Kugane Maruyama. It follows the adventures of “Momonga,” leader of the guild Ainz Ooal Gown, after the MORPG Yggdrasil is shut down, he, along with guild’s base, are transported to a new world. Now Momonga searches for any other players that may have been sent here as well.

The light novel series began in 2010, with 12 volumes published since 2012 and still more currently being penned.