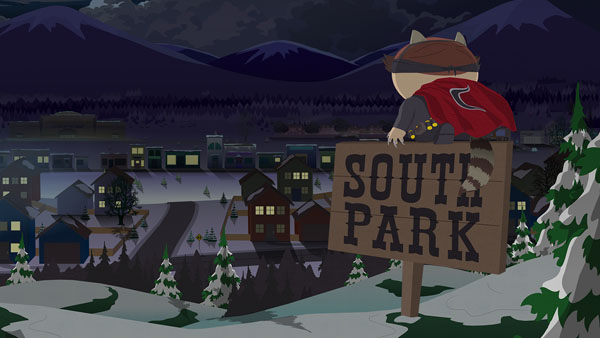 Superheroes are big business nowadays. Cinema and comic books have been falling over themselves to entertain us for decades with tales of mutants, the super powered, and good versus evil tales, and it's made a lot of money.

So, why shouldn't the kids of South Park get a bit of that action? It would be rude not to, right? So that's exactly what they did.

2014 saw the kids of South Park going out on their first adventure, The Stick of Truth. A fantasy inspired, turn based RPG that gave us all the fun of the genre, with all the inappropriateness and toilet humour familiar with the South Park brand. And that's where Fractured But Whole picks up, right in the middle of one of those battles. 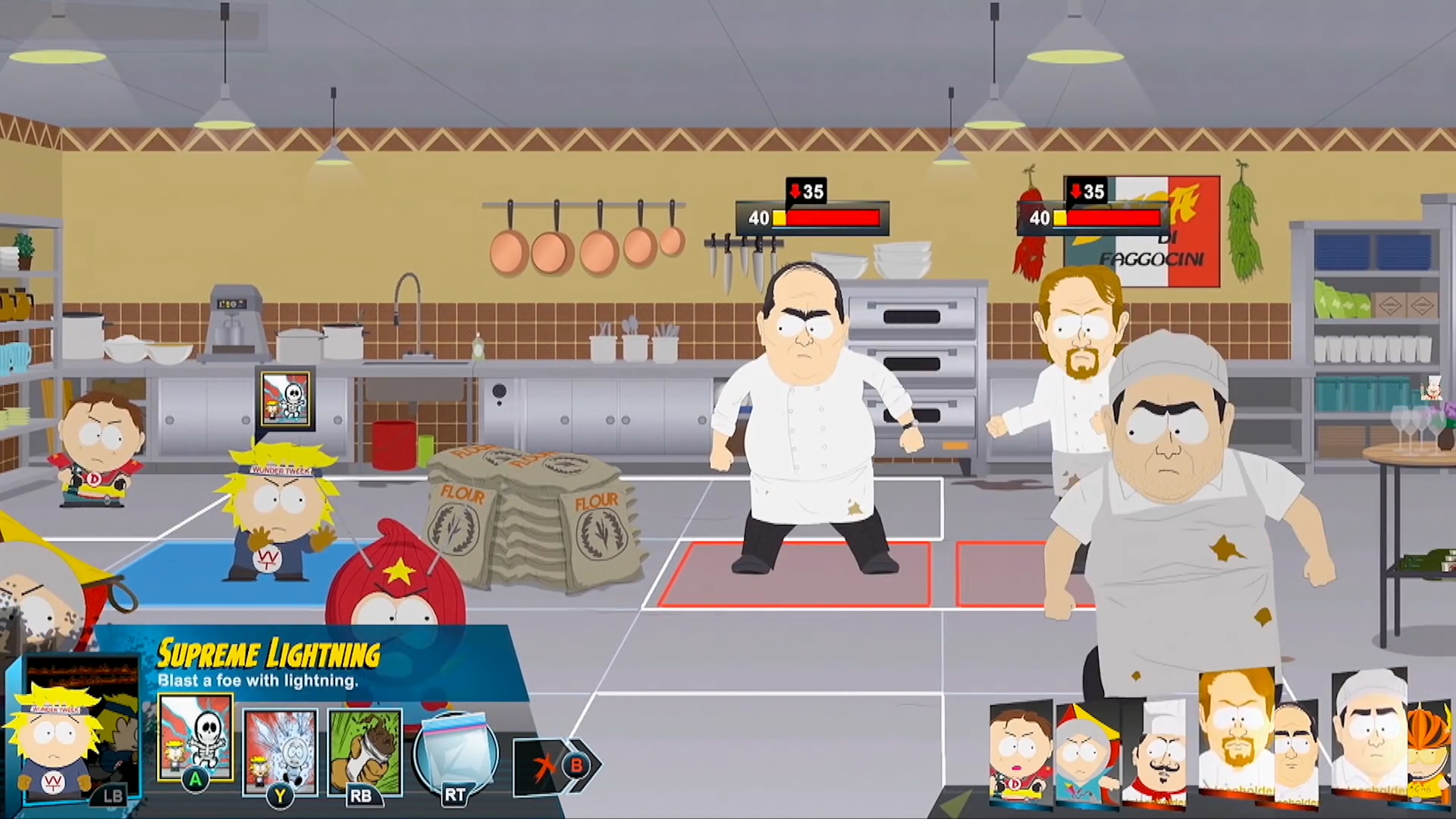 Okay, so technically it picks up with you character “The New Kid” sat on the toilet, charging you with the task of completing a poop related minigame, but that sets you up for the tone of the game straight from the start.

It all turns to superheroes, and the quest to find a missing cat called Scrambles in order to claim a $100 reward and kickstart Cartman's “Coon and Friends” superhero franchise, before Timmy's Freedom Pals do, because heroes are profitable and Cartman (rather sensibly) wants to be rich. 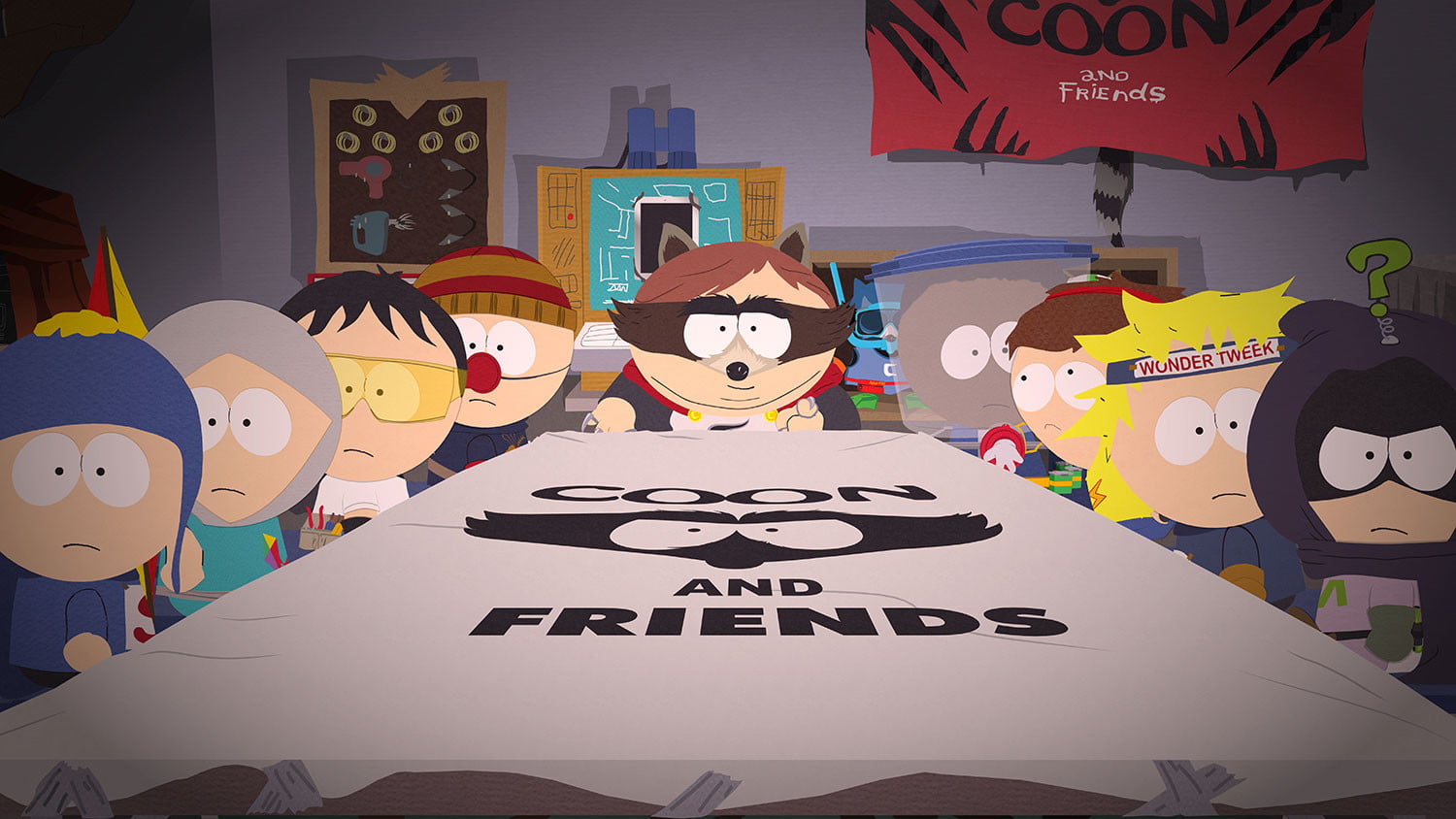 Without giving away any spoilers, the story is a rollercoaster ride of hilarity, complete with all manner of Easter eggs and references to the long running series that never feels like an “in joke” for those who watch the show and remain amusing regardless of that. But expect twists, turns, topical and pop culture references, and a story that will leave you wondering how they got away with it frequently. And it looks the part in every way possible.

It's a generously sized game that feels like a 20 hour episode, or a whole series that you can play with and enjoy your way. all the inappropriateness and toilet humour familiar with the South Park brand. And that's where Fractured But Whole picks up, right in the middle of one of those battles.

As for gameplay, there's a lot to like. A lot more than you'd expect. There are mini games galore, mostly toilet humour, a lot of farting, and even incredibly controversial scenes involving priests and kids in strip bars. Definitely not suitable for a young audience, but much like the show, the game does open with a “Should not be played by anyone” message. 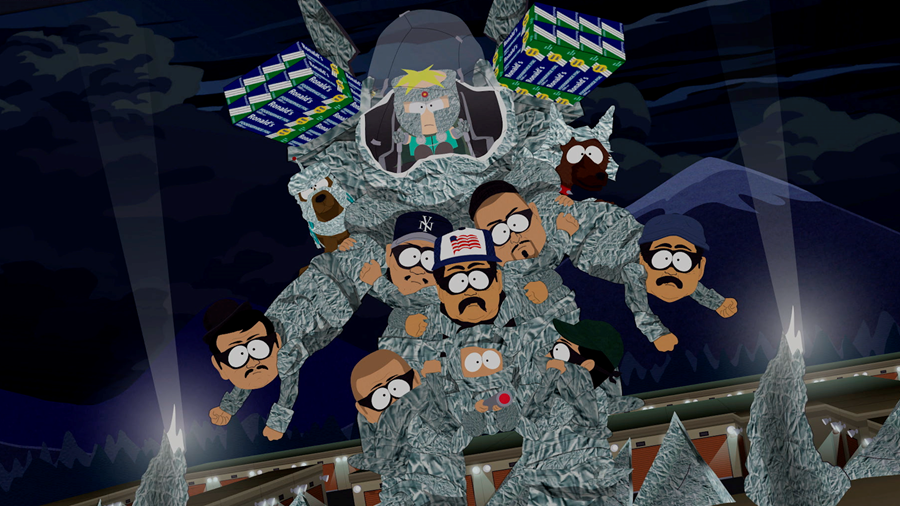 Enemies in the game range from various figures from the show, to ninjas, crab people, other kids, even the woodland critters, and Santa make an appearance. I really shouldn't say much more than that, because spoilers are bad mmkay. Yes, he's in it too.

Combat in the game feels fresh with easily customisable teams, and powers. You can alter your appearance, and also equip items to improve your powers and strength throughout the game.

This is definitely a game that can't really be reviewed in depth without giving away spoilers, but it does poke a lot of fun at the world we live in today, with very near the knuckle jokes, that will upset the easily offended. So, it's probably best not to play it while the local vicar is in the room.

If you like South Park you'll love this, if you enjoy JRPGs, it'll come as a nice surprise. Definitely worth playing. Especially if you can still get a copy with the free download of Stick Of Truth.